Nine of the Most Iconic Lighthouses in the World (pt 1)

Situated along picturesque island posts, towering cliffs, and rocky coasts, lighthouses serve as safety beacons to guide ships into their harbor when conditions make it difficult to see the surroundings. First becoming common in the 17th century, they were there to warn incoming sea captains of dangerous conditions such as reefs, rocks, and currents. Today, there are almost fifty thousand lighthouses to be found worldwide.

Many of them are no longer functional or have become automated rather than requiring a keeper to live on the premises. Others have been abandoned or damaged by the battering wind and seas during severe storms. However, many also serve as popular tourist destinations. So if you're interested in seeing some of the most iconic lighthouses in the world, here are just a few ideas.

Located along Denmark's northern coast in Rubjerg, this lighthouse is unfortunately one of those that have been abandoned due to torrential weather conditions. Overlooking the North Sea, it is gradually being swallowed by shifting sands. When it was first constructed in 1900, it sat over 650 feet inland at the highest point of the coast, well away from large sand dunes. However, the strong winds that come in from the sea are gradually eroding the cliffs at a rate of five feet each year. As a result, the landscape is very different than it was a century ago. Lit for the last time in August of 1968, the site and its museum were completely abandoned in 2002. It's estimated that the structure will collapse into the sea in about fifteen to twenty years. 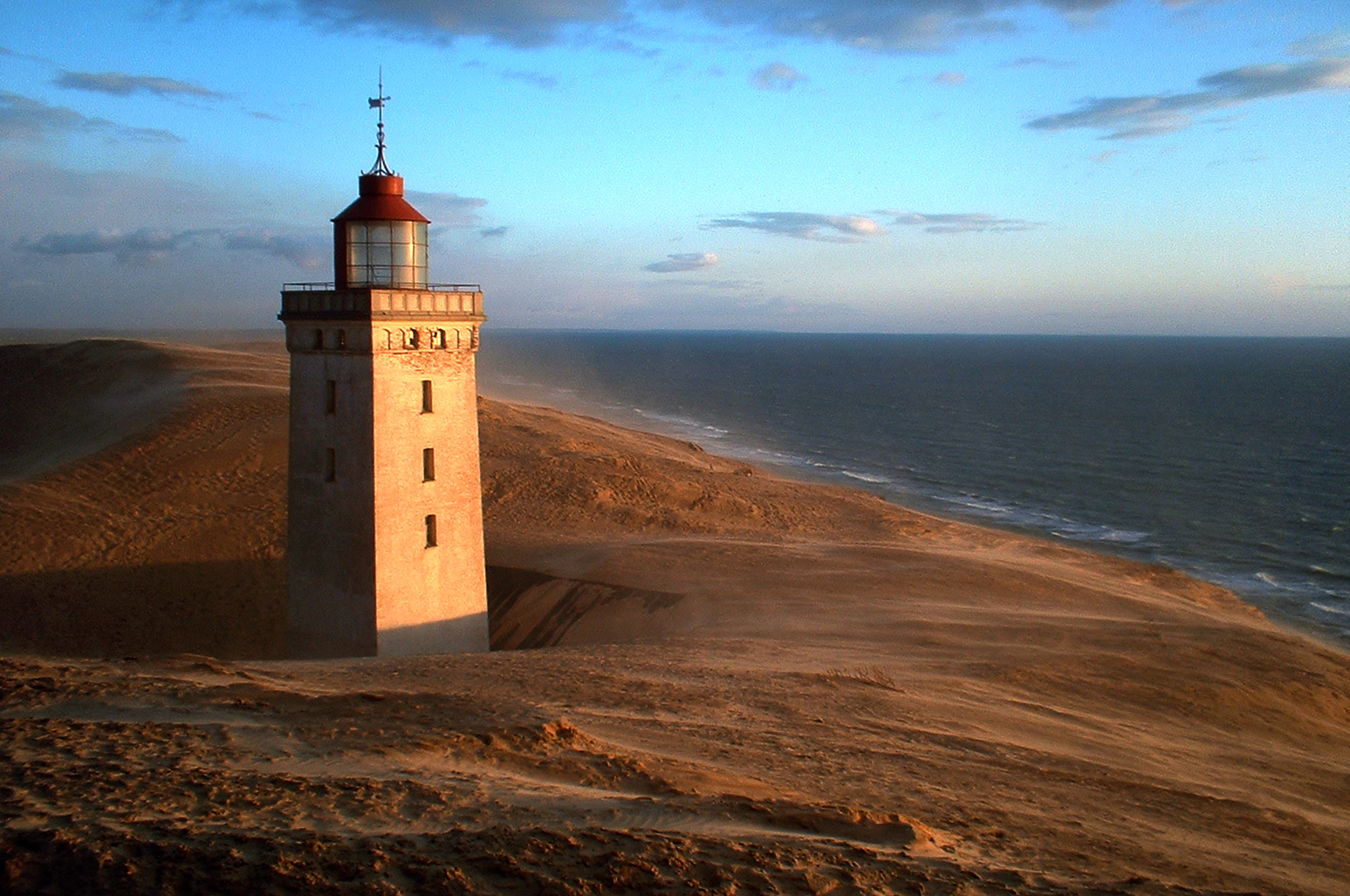 Considered by many to be the most iconic lighthouse in the country, Tourlitis Lighthouse sits on a weather-beaten rocky spire in the sea in the vicinity of Andros Island. Constructed in 1887, the original building was destroyed in the chaos of World War II. In 1996, it was restored to be the first automatic lighthouse in Greece. To get inside, visitors need to climb a set of stairs that are carved directly into the rock face. The location is a popular attraction for tourists and photographers alike thanks to its visual resemblance to a wizard's tower.

Portland Head Lighthouse is among the most visited and most historic lighthouses in the United States. Sitting along the Maine coastline on Cape Elizabeth, it was first lit in 1791 as the oldest lighthouse in the state. The structure has stayed in tact for the entirety of its existence, save for the whistle house that required rebuilding in 1975 after being badly damaged in a storm. Though the U.S. Coast Guard currently maintains the tower, foghorn, and beacon, the light itself is now automated. The former Keepers’ Quarters has been converted into a museum that houses a number of exhibits, including interpretive displays and lighthouse lenses.

Listed as a National Monument of Spain and a UNESCO World Heritage site, this lighthouse has been sitting at the entrance to the La Coruña Harbor in northwest Spain since the 1st century A.D. Excavations done in the 1990s revealed Roman foundations to the tower, making the structure the oldest known working Roman lighthouse. Several myths and legends exist in regards to the tower, including one that says Hercules beheaded Geryon here after a three-day long fight, at which point he built the structure over where he buried the remains. Visitors to the lighthouse can climb the 242 steps to the top of the structure and take in the views of the Spanish coastline. The location also contains a sculpture park, a Muslim cemetery, and Iron Age rock carvings.